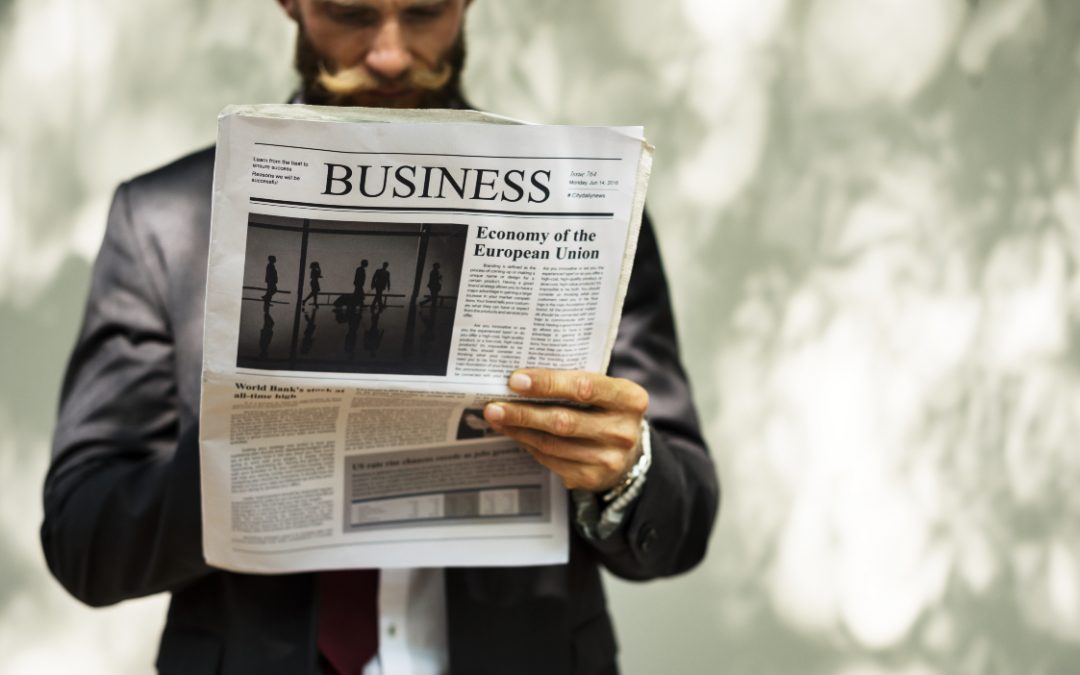 As sixth-form students in Somerset, South West England, my friends and I used to read the newspaper at break time. Not just one, but several papers throughout the day. If I picked up The Guardian first, I followed up with The Times afterwards to ensure a balanced overview.

As politics students aged 16-18, we developed knowledge of the discipline of politics, an understanding of the nature of political processes, the variety and forms of government and the concepts that inform their operation.

These learnings and habits remain with me today and – as you would expect – my reading list is now much broader. To be clear, when I say broader I mean content that originates in the various countries in which I have lived or travelled to, alongside viewpoints from across the political spectrum and from across different channels (which in the case of Audible, means listening as opposed to reading, but let’s not split hairs!)

However, despite what I considered to be a broad approach to the consumption of news, something happened in 2016 that forced me to admit that I was living in an echo chamber. This may be an odd thing to say because, at that time, I lived in Kuala Lumpur, Malaysia, where many of the social norms were quite different from my own. However, this echo chamber spanned further than mere geographical and cultural boundaries.

I was living in a Facebook world where the algorithm provided a curated newsfeed that sought to maximise my engagement and, in doing so, effectively put me in a socially comfortable bubble with old school friends, former colleagues and other expatriates who broadly thought along the same lines that I did.

I may as well have been living in London, England.

The outcome of the UK-wide referendum in June 2016, where a small majority voted in favour of leaving the European Union, came as a surprise. In part, this resulted in me closing my Facebook account soon afterwards.

If I now take a look at the same issue, but at a global level, Big Tech platforms continue to proliferate and harm news organisations. The partisanship that has followed characterises journalism and politics in many countries across the globe, most notably in the United States.

Even if Google is to pay some Australian, Brazilian and German media groups for content to diffuse tensions, then it will only be a token gesture; a nominal sum compared to the revenue that publishers have lost.

It’s a Band-Aid on a bullet hole.

In an outrage economy, hate and fear will continue to rule the internet in the absence of sustainable and profitable media groups that provide fact-based and comparably balanced news and views.

If journalism is to fulfil its fourth estate duties and contribute to liberal democracy, then new business models need to be put forward, evaluated, and implemented so that a sense of proportionality will prevail in the news arena. Woe betide any media outlets that lazily sift through Twitter to quote the most unreasonable, uninformed and extremist views.

If publishers continue to retreat behind paywalls, readers will choose a side, and it will likely reflect their pre-existing view, amplifying political polarisation and further undermining debate and ultimately, democracy.

I, for one, can’t afford a subscription to every publication I want to read, and I suspect, neither can you. I want to read content sources with a different viewpoint from my own in the hope of avoiding my 2016 blind spot.

Are browser-based micropayments a viable way to support the news media?

Suppose consumers pay a penny or two to read an individual article or several pennies for a bundle. Readers could set a daily limit to manage budgets. A micropayments-based approach for news content would potentially result in more varied consumer consumption patterns.

I understand the hesitancy for such a business model from media groups. If a subscription is a hundred pounds a year, a pay-per-article sum looks small and by nature represents a shorter-term customer commitment. Nevertheless, if others have taken your breakfast and lunch, then decisive changes are necessary.

As Steve Jobs said, “If you don’t cannibalise yourself, someone else will”. Instinctively, established businesses seek to protect existing products and services and resist – or perhaps fear – change. The graveyard is full of such companies that failed to innovate, such as Blockbuster, Nokia, Polaroid and Toys “R” Us for instance.

Yes, it would require publishers to work together, but in the face of Google and Facebook, it makes sense. As Sun Tzu said, “The enemy of my enemy is my friend”.

Micropayments are already the norm in e-commerce, the gaming industry and in digital music, the latter being an industry that has suffered similarly to publishing.

Based on my experience working in e-commerce, different markets have different behavioural characteristics. Some prefer the all-you-can-eat buffet model and others prefer pay-as-you-go. Micropayments need not come at the expense of subscribers. Instead, it could allow publishers to attract different types of new customer personas; it’s a volume game.

The downside? There is already discussion around whether Google might be required to sell off its Chrome browser as a result of alleged antitrust violations, and my argument seeks to empower browsers further. However, there are other browsers with which to partner like Opera and Vivaldi, and there is always an app-based solution that builds upon existing digital news aggregators.

In conclusion, I believe that the primary challenge to a micropayments model will exist around persuading customers to get over the cost-benefit analysis, the ‘um’ and ‘ah’ that will result over each article.

That said, what would your children say if you explained that music fans used to have no choice but to buy a whole album for two good songs?