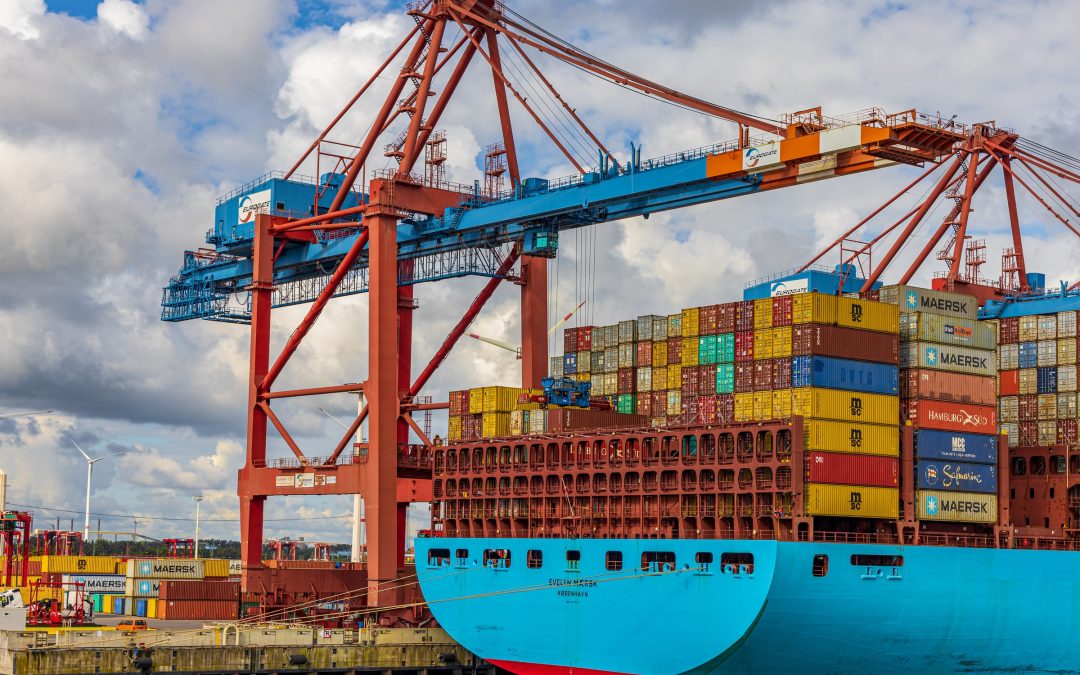 Today’s post will briefly explore macroeconomic trends and, to a lesser extent, geopolitical factors that will shape global dynamics until the end of 2023.

I am writing the piece to assist me with formulating business and personal plans and am sharing it so that it may help you determine your way forward. Naturally, I appreciate any feedback.

Since my twenties, I have typically worked towards three-year horizons because anything more extended meant the unknowns became incalculable. As a result, during my twenties and thirties, my various tours of duty produced professional tenures of about this length.

However, the world changed when I reached my forties. At the time of writing, we are not yet through the woods with the COVID-19 pandemic, which is well into its third year, and it is not easy to plan out more than eighteen months, let alone three years.

I believe the Nasdaq is behaving like CoinGecko‘s cryptocurrency listings. The tech-heavy index had its worst month in April 2022 since 2008.

During the 2022 Berkshire Hathaway Annual Shareholders Meeting at the end of April, Warren Buffett said that the pandemic had turned the stock market into “a casino“. He further added that large American companies have become “poker chips.”

For the masses—real incomes are decreasing. Equally, there is a real danger in holding fiat currency as a savings mechanism.

The global economy is fragile, and as I see it, the critical international trends and factors from now until the end of next year are the following:

2. Eastern Europe and its Return to Geopolitics

Throughout today’s post, I will explore points one and two only.

With the double whammy of Covid-19 and the Russian invasion of Ukraine, inflation rates have soared. In 2020 and 2021, global leaders propped up their national economies by rolling out steroid-like stimulus packages. The same economies are now going through cold turkey-like symptoms as the likes of Federal Reserve Chairman Jerome Powell follow hawkish strategies to curb inflation.

If we delve into recent news articles, the global fuel-supply shock has dominated headlines globally. President Joe Biden has released oil from the strategic reserve to curb record-high prices and expects this to continue for approximately six months. In recent days, the cost of palm oil increased because Indonesia implemented a total ban on exports, triggering global food price fears.

Of course, this all comes on the back of an impending international food crisis, a second-order effect of the Russian invasion of Ukraine, which will cause a global shortage of wheat and fertiliser, a subject covered at length by David Friedberg on the All-In podcast.

We need only look to Sri Lanka to see how a lack of fertiliser decreases crop production. A dramatic fall in yields followed a decision last year by President Gotabaya Rajapaksa to ban all chemical fertilisers. Of course, this comes on top of Sri Lanka’s current political turmoil and economic crisis. Unfortunately, Sri Lanka is also particularly vulnerable to climate change. Having visited Sri Lanka in 2012, the unfolding disaster saddens me. In my view, the Sri Lankan situation sits there as a warning for everyone.

Eastern Europe and its Return to Geopolitics

As a student, I developed knowledge of the discipline of politics, an understanding of the significance and nature of political processes, the variety and forms of government and the concepts that inform their operation. At points along this academic journey, I studied Russian politics. I have dived into various post-Soviet era sources in recent weeks, including Clifford Gaddy and Fiona Hill’s Mr Putin: Operative in the Kremlin. It feels like we have sleepwalked into a predictable military conflict by somehow acting like nuclear weapons do not exist and the cold war never happened. Somehow, the boiling the frog analogy comes to mind. When you push a cruel dictator into a corner, you leave them with few options. The fact remains that the Russian worldview is at odds with the American view. If Russia tightens the gas valve, European countries may yet have to ration power usage.

During the mid-2020s, I believe that the developed world will seek to move from the current Just-in-Time Toyota-style production model to a “Just-in-Case” model—a model that applies to medical and food supplies and microchips.

We will move towards a theme of national resilience and sustainable and controllable supply chains. Like “Know-Your-Customer”, “Know-Your-Supplier” will become of the utmost importance once classified as being of national interest. Presently, politicians and businesses pay lip service to supply chain ethics, which will change to avert future supply shocks.

In my view, supply chain resilience will take priority over runaway inflation because national security will trump short term economic pain. Wealthier governments will stockpile goods in the national interest, which will cause further price spikes while disadvantaging the poorest countries. At the same time, slower growth and higher inflation will materialise across the Eurozone.

As energy prices soar in Europe, the continent will realise that it should never again be held to ransom by Russia. In the face of the energy supply shock, there will be acceleration towards renewables and nuclear at immense and justifiable capital expenditure over the next decade—yes, a decade. Germany, in particular, must revisit its energy strategy.

Ray Dalio talks about learning to anticipate the future by studying the past in the Principles for Dealing with the Changing World Order. Dalio also discusses the implications of devalued currency. In simple terms, we are witnessing the decline of America and the rise of regional powers.

As far as overvalued unicorns in the tech startup world are concerned, they need to extend their cash flow runway, or else we can expect layoffs. It’s time to build profitable companies with technologies that solve problems that result in long-term revenue. The amount of intellectual capital flowing into the Web3 industry is also noteworthy.

As for the populous, let’s minimise household debt because interest rates are increasing. We now live in overly debt-burdened societies where the young will be held responsible for the debt. At the same time, rapidly ageing populations will shape demographic trends in the developed world.

As Buffet says, “You only find out who is swimming naked when the tide goes out.”

I’m simply an armchair economist, but my concern is that we are only partway into this cycle. We are only now seeing the ramifications of the debasement of currencies worldwide. I forget where I heard it, but I certainly believe that economics comes before politics, and there are plenty of concerning economic signs. However, with the right mindset, perhaps we can find opportunities.

All the opinions are expressed for information purposes only.